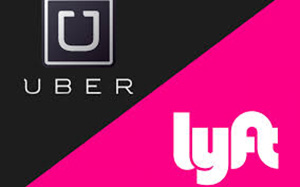 The company plans to begin taking pitches from banks as soon as September, targeting March or April for the listing according to sources of the LA Times. Lyft has hired IPO advisor Class V Group LLC to work closely with management as they embark on the process.

In May, Dara Khosrowshahi, Uber’s chief executive, said his company is targeting an IPO for the second half of 2019. “I don’t want to be dependent on private, public or any markets to fund the business expansion in front of us,” Khosrowshahi said at a conference in July “But over a period of time, it is absolutely important for the business to be profitable.”

“A variety of factors will determine if and when Lyft goes public, but in the meantime, we are focused on building our business, which continues to grow,” Lyft spokeswoman Alexandra LaManna said in a statement. “We don’t comment on rumors or speculation.”

Going first would enable Lyft to set expectations for ride-hailing companies and would draw attention away from its larger rival and lock up investor money before Uber, LA Times explained, however the risk is that investors might hold out for its rival Uber to go public and not invest immediately.

Lyft has seen its valuation and market share climb as Uber has stumbled. In June, Lyft announced that it had raised $600 million in a round led by Fidelity Management & Research Co, which would make Lyft worth $15 Billion. Meanwhile Uber got Toyota Motor Corp. to invest $500 million in a deal that valued Uber at $76 billion.

In an interview Tuesday, Khosrowshahi reiterated his company’s plans for a listing next year. “We’re on track,” he said.

Lyft has been able to increase growth over the past year thanks to a series of scandals that plagued Uber in 2017. A far left wing social media movement went after Uber because he CEO backed Trump’s immigration policies. The size and scale of the protest was immense, and the mounting pressure was what led to Uber CEO Travis Kalanick stepping down in early 2017 Uber has since been on a yearlong apology tour under the company’s new CEO, Khosrowshahi, to move forward.