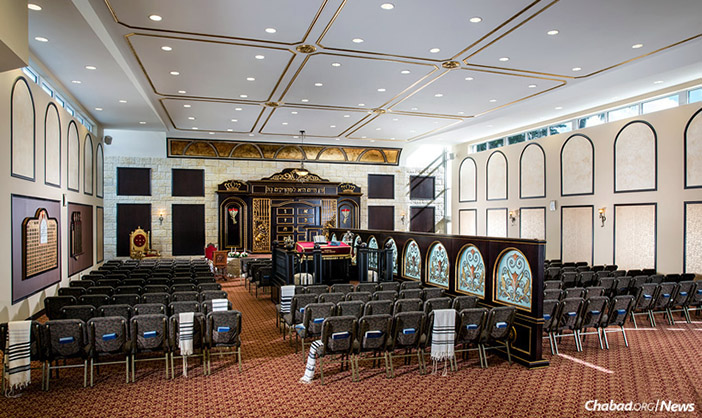 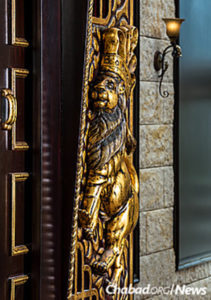 Steve and Rachel Sicherman rented a home in Palm Beach County, Fla., for a few years before settling down for good last winter. Today, they live about a mile from Chabad of West Boca Raton. “We finally found something just right in the community—and we found it in the house, the atmosphere and the rabbi,” he says.

Then, before the High Holidays, the Cleveland native and his family got to be part of another beginning as the Chabad House opened a brand-new building, equidistant from their house as the old one and offering much more space for the community to convene.

“It’s the same environment, the same warmth, the same spiritual awareness as the old shul—and pretty much every other shul that emulates the Chabad tradition,” Sicherman tells Chabad.org. Chabad’s prior location in a rented storefront—across from Century Village, one of four huge residential complexes in South Florida for older adults—simply could not accommodate all the activity, programs and growing attendance over the years. Now, they have a 12,000-square-foot building on a busy main street. 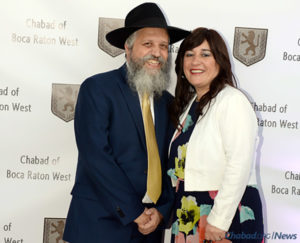 The new location also means new faces—people who may have noticed the large crowds at holiday time and then returned to check out the center for themselves. “Because of the awareness of the new building, people are not only visiting for the first time but planting their feet there,” says Sicherman, the father of three school-age children. He hopes more locals and tourists walk through the doors, as they do during the winter snowbird season and the summer, when families head there for vacation or to spend time with relatives.

With nearly 100,000 residents—more than half of them Jewish—Boca has seen a rapid increase in population and housing in the past 15 years. Sicherman feels it’s got just the right ingredients for young professionals and families looking to build a career or life with strong Jewish offerings available to them. 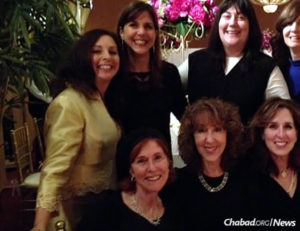 Ann Spoont, bottom left, of West Boca, with other women who attend the Chabad center

Rabbi Zalman and Chani Bukiet, who co-direct Chabad of West Boca, have geared programs towards the larger numbers of children in the area, as they also focus on the local aging population. It’s one of five Chabad Houses in Boca Raton, in addition to a Chabad Student Center serving Florida Atlantic University, Lynn University, both in Boca Raton, and Palm Beach Community College in nearby Lake Worth. A Chabad Israeli Center is also situated on West Palmetto Park Road, a central thoroughfare that runs east to west through the city.

“We still have the hamische element—that very warm Chabad feeling—but now in such a beautiful, beautiful place,” notes the rabbi.

The new facility, on two acres of land, took four years of fundraising to come to fruition. It is home to a sanctuary, social hall, library, rooms for the Hebrew school and other classes, a smaller shul for daily minyan and a commercial kosher kitchen. A mikvah is in the works. 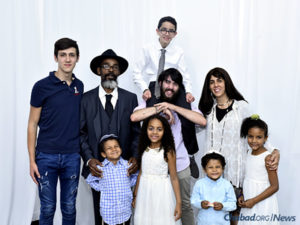 “It’s really true, the saying, ‘If you build it, they will come,’ ” says the rabbi. “We built it, and people have come by in droves to see the place, get involved and become part of the shul.”

The couple—he is from Brooklyn, N.Y., and she hails from London—has served as emissaries for 28 years, along with Rabbi Moishe and RivkahDenburg, co-directors of Chabad of Central Boca. The Bukiets are now assisted by Rabbi Moshe and Shaina Kramer, who serve young families moving to the area.

“We’re here to encourage every Jew to affiliate with Yiddishkeit in some way—whether through prayer, Torah, a mitzvah—any way we can welcome a Jewish person and get them involved,” says Bukiet. “We try to offer something for everyone. That’s what the Rebbe [Rabbi Menachem M. Schneerson, of righteous memory] mandated—to reach out to any Jew, any level, any background, any age. We’re here to serve them.” 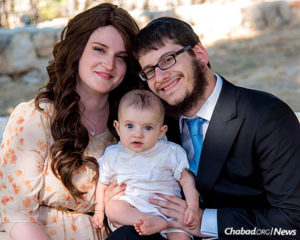 Rabbi Moshe and Shaina Kramer, who serve young families moving to the area

Ann Spoont, who has lived in West Boca with her husband since 1987, got involved after a March of the Living trip to Poland and Israel in 2008. A woman she met on the trip invited her to the local Chabad. She started attending services and was stunned when, after a month’s absence, the rabbi approached her, asking where she had been. It was that personal touch she found very meaningful, she says.

Spoont, who has four grown children, adds that she has also been impressed by the diversity of programs offered, especially the classes, some of which she has taken.

“It’s a really wonderful, welcoming place,” she says. “The rabbis invite you over to their house for Shabbat, and if you ever have a problem, you call them—and they’re right there.”

West Boca residents Sarah Rejman-Drummond and her husband, Yehudah, have six children ranging in age from 3 to 19. She discovered Chabad about six years ago, seeking bar mitzvah 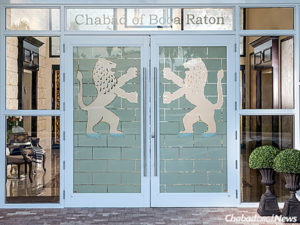 lessons for their son and conversion to Judaism for her husband. “The first time we went there, that first Shabbat, I remember entering the building and our children felt at home right away,” she says. “We just knew this was somewhere we were going to stay and grow and learn and expand—and we’ve been there ever since.”

The new building, with its marble floors, gold accents and elegant lines, has only elevated Chabad’s efforts, she says. “It’s a very holy and very beautiful space,” says Rejman-Drummond. “Our 5-year-old son Abraham can’t wait to go to shul on Shabbat; he looks forward to it all week long.” 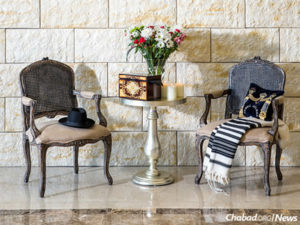 Chani Bukiet points to the luxury of now being able to set up different areas for simultaneous events. “In the old place, we’d make Kiddush outside, and then a group of people would rush inside to quickly put up the tables and set up the room,” she explains. “Now we have the social hall; it can be ready beforehand to handle any number of guests. You finish praying and go right in. It’s a wonderful development.”

Rabbi Bukiet notes a line in the Torah that says: Veasu li mikdashveshachanti betochaom . . . “Make for me a dwelling place and I will rest in with you.”

“We have made a beautiful dwelling for G d and man,” he says, “and we hope it brings only nachas to all Jews living in and visiting Boca.” 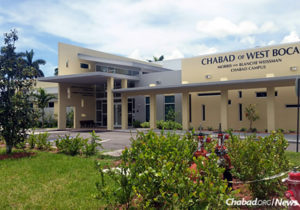 The exterior of the facility—all 12,000 square feet of it.