A condominium complex is almost finished at 111 W. 57th St. on Billionaire’s Row. After opening up the units for sale just last week, prices are already coming in of around $18 million to even exceeding $57 million 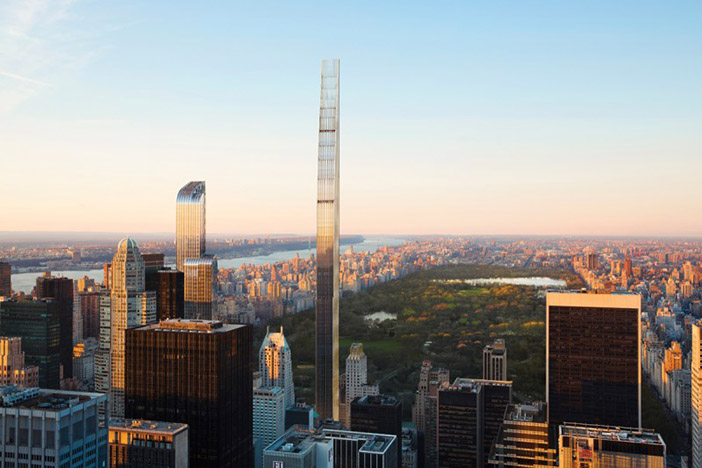 New York is known for being a huge sea of skyscrapers, but stopping to actually look at each one gives the onlooker a chance to really appreciate the varied and world-class architecture in the city. For some lucky people, they get to actually work or live in these magnificent city buildings, but for the rest of us, we’ll just have to keep looking on from the outside. We can also use our imaginations to picture what’s on the inside. Here are some descriptions of the best buildings the city has to offer. 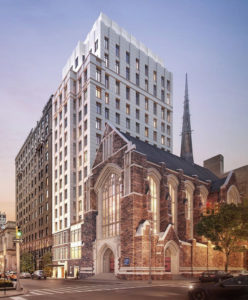 Another new condo complex to look out for will be right next to Park Avenue’s Christian Church, to be designed by the well-known architecture firm Beyer Blinder Belle. Photo Credit: StreetEasy

A condominium complex is almost finished at 111 W. 57th St. on Billionaire’s Row. After opening up the units for sale just last week, prices are already coming in of around $18 million to even exceeding $57 million. It’s a relief for the developer to have money coming in after dealing with, as described by The New York Post, “lawsuits accusing developers JDS and Property Markets Group of diluting the stake of an equity partner, and infighting that disrupted a previous sales effort. At a launch event, developers distanced the tower, which has made headlines for its slender silhouette, from the drama.”

JDS, PMG and Spruce Capital Partners and SHoP Architects and William Sofield’s Studio Sofield were able to help people better visualize everything with a model of the 1,428-foot tower that rests over Steinway Hall. Big interior rooms will be offered in the 46 full-floor and duplex residences. Features like marble will also be included, and residents can exercise in the pool or kick back in a poolside cabana after a stressful day. A big gym and area for dining are also going to be available.

Another new condo complex to look out for will be right next to Park Avenue’s Christian Church, to be designed by the well-known architecture firm Beyer Blinder Belle. The firm restored a number of classic landmarks in the city. There will be 11 full-floor and duplex houses. Extell will handle the development, with sale prices already starting at $12.95 million. Sales should start later this fall, and if the price per unit weren’t already enough of a score for the developers, they really hit the jackpot when they can sell the penthouses. 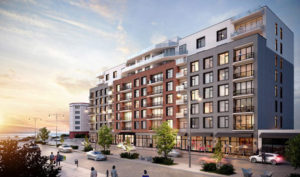 The property has a pool, and this one is about 50 feet long. It’s accompanied by a fitness center and sauna. Even the kids have a playroom that they can use.

Manhattan isn’t the only place where you can show some love for beautiful properties. Down about as far away from the skyscrapers as you can get, Rockaway Beach is now getting new condos added. There’s an 86-unit project happening right now at 133 Beach 116th St., in the southwestern part of the peninsula not far from Jacob Riis Park. The area also has a main commercial district, a bus to Brooklyn, and the beginning of the shuttle train that meets with the A train. This property is seeing sales prices ranging between $350,000 for one-beds and from $630,000 for two-beds.

Marcal Group is handling the development while Fischer+Makooi tackles the design. 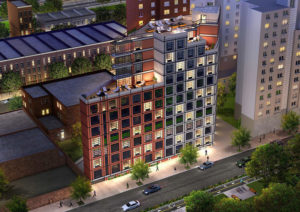 A project called Bridgeline is continuing momentum that the Bronx has seen recently with great new complexes being built. Bridgeline will be developed by JCAL Development Group and offer 91 units that go from $1,694 to $3,138 a month. Photo Credit: StreetEasy

Southern Brooklyn has seen an increase in real estate, spurring beautiful new mansions and smaller condominium complexes, unlike the big high rises found in other areas of the city. Kensington, right near the heavily Jewish Borough Park, has a new exciting building to look out for at 264 Webster, where there will be a 63-unit condo. The New York Post describes it as “the brick-and-glass building, developed by Horizon Group and designed by Kutnicki Bernstein Architects, is the largest for-sale residential project to open in the neighborhood in several years. Interiors of the studios, one-, two- and three-bedrooms were handled by Brittany Marom Interior Design, though details on finishes have yet to be released.”

The outlook right now for the sales, which start soon, are $325,000 to $920,000 for a unit. Some of the benefits that would be included in the cost are a lobby that’s attended part time, a library, lounge, gym, parking, storage, rooftop, and even amenities for kids and pets.

A project called Bridgeline is continuing momentum that the Bronx has seen recently with great new complexes being built. Bridgeline will be developed by JCAL Development Group and offer 91 units that go from $1,694 to $3,138 a month. The leasing should start in a few weeks already. The units will sit by the waterfront and be located at 329 E. 132nd St. in Mott Haven. There’s been a rise in affordable housing in the borough, but this building will not reserve any units for that use.

Bridgeline will have a lobby that’s attended around the clock and also offer a rooftop. Typical but nice amenities like bike and car parking and a gym are included. Aufgang Architects designed the apartments and made sure to even include washers and dryers in each unit.

Way out in Queens where there’s a Koreatown, professional baseball, and professional tennis. Flushing’s mixed-use Tangram development is coming and will be a mix of 207 hotel rooms, a food hall, a beer garden and offices. The long-stalled project is finally on pace to start sales of condo units at Tangram House West this fall. All properties come with stunning views, either of the city skyline or out the other way towards the courtyard. These units also boast in-unit washers and dryers.

This building offers valet parking for cars and a 24-hour doorman to greet you. You can stay in shape with a long pool and tennis courts. On a sunny day, you can tan outside in the outside pavilion.