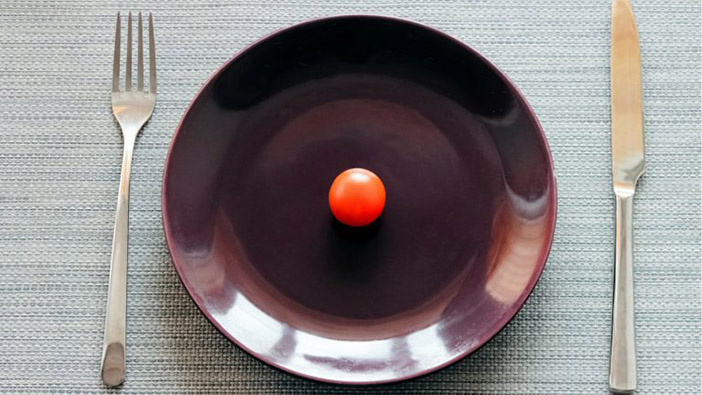 Israeli researchers debunk old weight-loss theory, proving that when people are hungry or dieting, they are less likely to be fooled by plate size

The popular diet trick of serving food on a smaller plate to help you control food portions doesn’t actually work, according to a new study by Ben-Gurion University of the Negev (BGU) researchers.

Researchers found that when people are food-deprived, they’re likely to identify a portion size accurately, no matter how it is served.

The study, published in Appetite, debunks the widespread belief based on the Delbouef illusion, which predicts people will identify sizes differently depending on the size of the object they are placed within.

The BGU study is the first to examine the way food deprivation affects perception of food in different contexts.

“Plate size doesn’t matter as much as we think it does,” says Dr. Tzvi Ganel, head of the Laboratory for Visual Perception and Action in BGU’s department of psychology.

“Even if you’re hungry and haven’t eaten, or are trying to cut back on portions, a serving looks similar whether it fills a smaller plate or is surrounded by empty space on a larger one.”

Ganel and BGU doctoral student Noa Zitron-Emanuel found that people who hadn’t eaten for at least three hours were more likely to identify the proportions of pizza placed on larger and smaller trays correctly than people who had eaten recently.

However, this only worked when it applied to food. Both groups were similarly inaccurate when asked to compare the size of black circles and hubcaps placed within different sized circles.

According to the researchers, this indicates that hunger stimulates stronger analytic processing that is not as easily fooled by the illusion.

“Over the last decade, restaurants and other food businesses have been using progressively smaller dishes to conform to the perceptual bias that it will reduce food consumption,” says Ganel.

“This study debunks that notion. When people are hungry, especially when dieting, they are less likely to be fooled by the plate size, more likely to realize they are eating less and more prone to overeating later.”