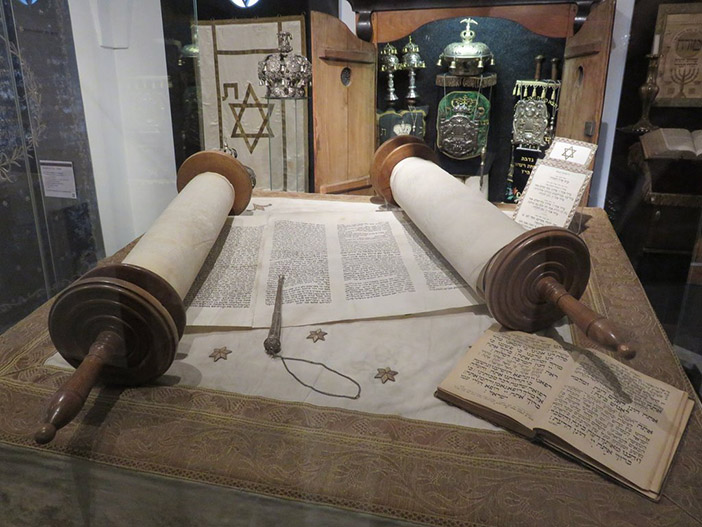 Slovakia lies in the heart of Europe and boasts magnificent scenery, gems of architecture, vivid folk traditions and as many as 300 spectacular castles, but it remains little known in the collective consciousness as a tourist destination. Bratislava is located just 40 miles east from Vienna. It is perfect for a day trip but well worth a visit on its own. The beautifully renovated Old Town is home to Gothic, Renaissance and Baroque architecture. From the royal castle on a clear day one can see as far as Vienna and Hungary. 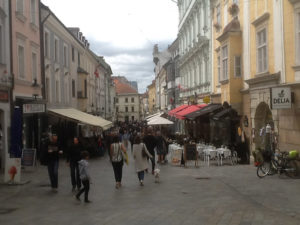 The Jewish community of Bratislava, whose origins can be traced back to medieval times, has played a major role throughout history, at times making up one third of the entire city population. Bratislava has an active Jewish community and precious Jewish heritage sites, including a synagogue and two museums. Jews from the world over travel to Bratislava to learn about the great rabbinic scholar Chatam Sofer, Rabbi Moshe Sofer (1762-1839).

The political changes after the fall of Communism in 1989 prompted a renaissance of Jewish life in Bratislava. More than 100 synagogues still stand in Slovakia. And though only a handful are still used for religious purposes, a number are listed as historic monuments and some have recently been restored. In addition, there are several Jewish museums, permanent exhibitions and other historic sites, as well as more than 600 Jewish cemeteries scattered around the country. Bratislava even has its own small memorial to Raoul Wallenberg, the Swedish diplomat who saved tens of thousands of Jews, including many from Bratislava.

Slovakia today is home to about 2,600 Jews, the majority of whom live in Bratislava, the capital, which has the largest Jewish active community in the country with approximately 1,100 members, and with smaller Jewish communities in Košice, Presov, Piestany, and Nowy Zamky. The major communal organization that maintains Jewish life is the Federation of Jewish Communities in Slovakia. There are many Jewish organizations and events in Slovakia, such as theSummer and Winter Maccabi Games (a sporting event attended every year by about 200 Jews), Moadon Camps for Children (summer camps attended by dozens of children every year), and the Slovak Union of Jewish Youth (social events for young Jews). The only Jewish kindergarten is currently in Bratislava. 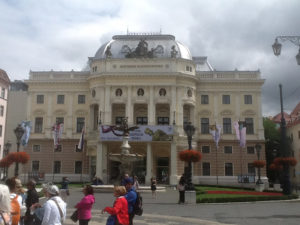 The Heydukova Street Synagogue is the only active synagogue servicing the needs of the local Jewish community, as it maintains a full range of religious, cultural, educational and social activities.

An austere but elegant building in an oriental style, this beautiful synagogue was built for the city’s Orthodox Jews from 1923 to 1926 following the plans of architect Arthur Szalatnai-Slatinski, and is listed as a national cultural monument. It is open for Shabbat services as well as on Monday and Thursday mornings. The synagogue exterior has a towerless, seven-pillared colonnade facing the street. The interior includes a spacious sanctuary in which modern steel-and-concrete construction and contemporary Cubist details are combined with historic elements, such as the arcade of the women’s gallery, a metal bimah, and the ark. A community museum is installed upstairs, which is open to the public during the summer season.

Malacky Synagogue, one of the most beautiful in Slovakia and built in the Moorish style, dates from 1900. It belongs today to the municipality and is used as an art school.

Stupava Synagogue is one of the oldest in Slovakia, built in 1803, and represents a unique example of the nine-bay type. After a previous restoration it will be used as a central archive and book deposit for the Slovak Jewish community.

A moving memorial is the site of the former Neolog Synagogue. This discrete steel and stone sculpture commemorates the 105,000 lives of those killed in the Holocaust. The memorial, which stands close to where the Neolog Synagogue once stood, was demolished in 1967 by the Soviets in order to make way for the Novy Most Danube Bridge. The memorial consists of a metal structure that was made by Milan Lukac; behind it is a picture of the old synagogue. The modest structure is topped by a modernistic “Magen David” – Star of David – and is etched sharply against the sun-lit background. The Hebrew characters on the monument (depicted in the accompanying photo) mean “Remember.