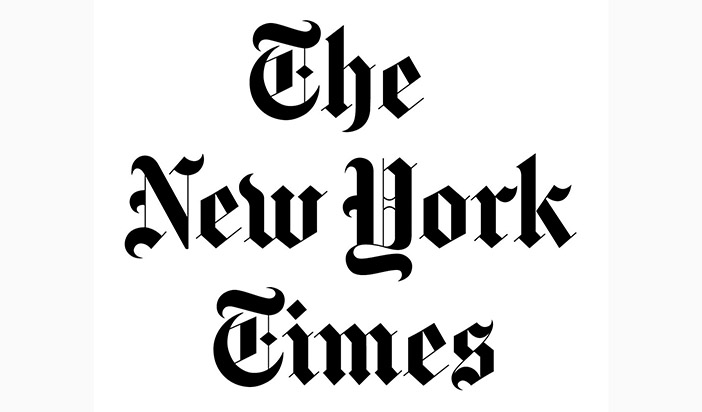 In the frenetic world in which we live, new words and catch phrases are introduced on a fairly regular basis, but the in the Trump era one cannot escape the fact that coverage of this president is consistently referred to as “Fake News.” The White House touts this phrase daily as is evidenced at press briefings and from the president himself through his tweets and public appearances.

How can one define “Fake News”? In the case of President Trump it has become abundantly clear that the entire mainstream media and especially certain cable news outlets are on a fervent mission to disseminate mendacious claims about the president; always casting him in a negative light. Tarnishing his reputation and impugning his integrity are top priorities for them, while reporting the truth and the facts have been relegated to the trash bin.

Those of us who have been monitoring news about Israel for the last several decades are no strangers to the consumption of “Fake News”. Israel has always been the mainstream media’s “bogeyman” in the Middle East and the process of imparting bald faced lies and gross distortions about the Jewish state has been the order of the day. The negative image of Israel as a ruthless occupier of Palestinians and as a military aggressor has pervaded the hearts and minds of generations. Thus, such impact on news consumers has given rise to the Boycott, Divestments and Sanctions (BDS) movement as well as a litany of NGOs whose purpose it is to denigrate and ultimately destroy Israel.

After careful examination, it is clear that there are few mainstream media outlets that are immune from skewed and tendentious coverage of Israel.

Among the chief culprits of disseminating lies are the New York Times, the Wall Street Journal, the Washington Post, the BBC, CNN, Al Jazeera, Press TV.

To illustrate this point, no can observe a recent example in the New York Times. In a July 30, 2018 opinion piece entitled “Israel Doesn’t Want to be My State” that appeared in the NYT and was written by a Palestinian writer named Sayed Kashua, the article focused on the recently passed nation-state bill in the Israeli Knesset. Clearly, the NYT neglected to fact check the article as it was replete with inaccuracies and lies.

Separating myths from facts is superbly done by such web sites as Honest Reporting and any person with a modicum of knowledge can see the glaring truth.

Borrowing from the Honest Reporting article:

Myth #1: “[Israel is] a country where Jews enjoy rights that others don’t have.”

Fact: While Israel struggles with the same tensions as any ethnically diverse democracy, all citizens have equal rights under law.

Myth #2: “A state in which Judaism is the only national expression permissible by law will, by definition, reject any minority member who wishes to be part of it…”

Fact: It is unclear to which “definition” Kashua is referring, but many countries have an official religion, ethnicity, or people-hood without rejecting minorities: such as Norway, Sweden, France, Germany, Japan and many more.

Myth #3: “The Nationality Law prevents the possibility of multiculturalism in Israel and rejects any collective history or memory other than the Zionist one.”

Fact: Israel expresses multiculturalism and varieties of collective histories in its literature, museums, social/environmental projects and more. This is unchanged by the passage of the Nation State Law.

Myth #4: “…the 20 percent of the population who are Arabs and who live in crowded conditions, under continuous threat of having their land appropriated.”

Fact: This is simply untrue.

Arab-Israeli citizens live in well established, spacious, modern cities: such as Haifa, well restored ancient ones such as Acre, or firmly established towns, such as Abu Gosh. (HonestReporting.com)

In 2011, the world sat in abject horror upon learning the news that a Jewish family living in the settlement of Itamar were brutally murdered by Arab terrorists. Among those killed was a three month old baby, two small children and both their parents.

Not only did the New York Times not focus on the murder and its inherent gruesomeness but rather than spotlighting the victims of this cold blooded slaughter, the “Paper of Record” decided to present an interview with the mother of the murderer; presenting her and her son’s plight in a highly sympathetic manner.

Not to be outdone, the Los Angeles Times also insinuated their skewed rhetoric. According to Honest Reporting the LA Times wrote:

“We’re currently witnessing the cycle in real time. On Saturday, five members of an Israeli family living in the West Bank settlement of Itamar, near the Palestinian city of Nablus, were killed, including an 11-year-old boy, a 4-year-old boy and an infant girl, presumably by Palestinian militants. In response to this brutal tragedy, the Israeli government announced that it would build 500 more houses in existing settlements in the West Bank. Interior Minister Eli Yishai said Sunday that 500 was not enough and that Israel should build 1,000 new homes for every Israeli who is killed there.

Which is worse — stabbing children to death or building new houses in West Bank settlements? The answer is obvious. But that’s not the point. The point is that no matter how abhorrent the murders are, it serves no purpose to aggravate the provocation that led to them in the first place.

So according to the LA Times, baby killing is a natural response to an Israeli provocation, in this case the act of building houses. Is this any different to the vicious rhetoric of Hamas, which justified the murders?

How will building more houses for Israelis in the midst of the West Bank, in settlements that are almost universally acknowledged to violate international law, do anything other than keep the crisis going?

Perhaps the LA Times should be asking how the butchering of babies, which is universally condemned, will do anything other than keep the crisis going? But instead, the paper cares little for placing responsibility for Palestinian actions on the Palestinians themselves let alone dealing with the very real issue of incitement in the Palestinian media and education system.

Border Police Staff Sgt. Hadas Malka, 23, was stabbed to death. According to the Border Police statement, Malka was part of a group of officers responding to sounds of gunfire near their area of patrol close to Damascus Gate, when she was attacked. Nearby troops shot and killed the assailants.

Taking umbrage at this skewed tweet was Donald Trump, Jr, who angrily replied in his own tweet, “You mean after they stabbed a female Israeli police officer to death… right? This is as close to being misleading as possible. Need a new term for this nonsense. Sort of the opposite of victim blaming. How about Culprit Coddling? Maybe Criminal Cozying? Thoughts???”

In October of 2015, the Times of Israel reported that the Government Press Office in Israel “warned the BBC it could face sanctions for running a news headline highlighting the death of the Palestinian terrorist shot by police after stabbing two Israelis, rather than the attack itself.

A harshly-worded letter was sent to Richard Palmer, the head of the BBC bureau in Israel, by the head of the GPO after the British network initially published a headline that read “Palestinian shot dead after Jerusalem attack kills two.”

According to a Wikipedia report, an article in the American Journalism Review noted that critics of Al Jazeera have “assailed what they see as anti-Semitic, anti-American bias in the channel’s news content.” An example cited from earlier years was a report in Al Jazeera that Jews had been informed in advance not to go to work on the day of the September 11 attacks, which was criticized by an October 2001 editorial in The New York Times. An often-repeated example involves an on-air birthday party organized by Al Jazeera’s Beirut bureau chief for a Lebanese militant convicted of killing four Israelis, including a four-year-old girl. Al Jazeera greeted Samir Kuntar, released in a July 2008 prisoner swap, as a hero.

A more recent example given by the article is the now defunct weekly show “Sharia and Life” by Yusuf Qaradawi, an Egyptian cleric who, according to a February 2011 article in The Atlantic, “argues clearly and consistently that hatred of Israel and Jews is Islamically sanctioned.” Subsequently, the Al Jazeera television station admitted that its coverage of Israel’s release of convicted Lebanese terrorist Samir Kuntar violated the station’s own code of ethics.

Fox News commentator Bill O’Reilly has criticized Al Jazeera for being “anti-Semitic” and “anti-American”. In response, Dave Marash, a veteran correspondent for ABC’s Nightline who resigned from his position as Washington anchor for Al Jazeera English in 2008 due to a perception of anti-American bias, appeared on the O’Reilly Factor and asserted, “They certainly aren’t anti-Semitic, but they are anti-Netanyahu and anti-Lieberman and anti-Israeli, right….”

If the aforementioned illustrations do not constitute what is termed as “Fake News” then nothing does. Israel has been on the front lines not only diligently protecting the safety of its citizens but has girded her loins and gone out to do battle with that insidious propaganda machine known as the “Fake News’ media.

There is much to say for visceral, unchecked hatred. When dealing with pure, unadulterated evil (Case in point: Nazism), then hatred has its legitimate place. But when hatred for the “other” -such as an object of scorn and immense disdain for no authentic reason, then hatred running amok can bring disastrous consequences.

The “Fake News’ media is indeed relentlessly driven by this visceral animus as Israel and her supporters have been cognizant of for decades. To those bemoaning the fact that the mainstream media has now ruthlessly targeted President Trump and his administration for scathing and spurious critiques, we know that this is not a new phenomenon. It can only get worse before it gets better. The power of the Fourth Estate can be exceptionally formidable. Responsible journalists who take pride in the integrity of the news items that they produce and are dedicated to reporting the facts should take their colleagues to task for this heinous behavior.

The Battle for the Reputation of Hydroxychloroquine (NHQ)