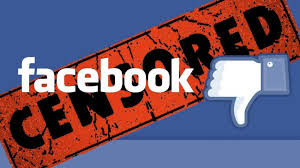 A number of stories that conservatives have been trying to show people by using social media aren’t being seen because Facebook is flagging some of these articles as spam. A couple articles in question include reporting on ex-Trump campaign chair Paul Manafort’s conviction and President Donald Trump’s former fixer Michael Cohen guilty plea and cooperation. PJ Media reports that those articles argued that the developments weren’t that big of a deal for the president.

Facebook caught the attention of longtime journalist Salena Zito when she noticed that her New York Post article about “Why Trump’s supporters won’t care about Cohen and Manafort’s convictions” wasn’t appearing on the social media site as one would expect it.

She made her concerns public last Thursday, tweeting “So this is interesting… [Facebook] took down my post of my reporting for the [New York Post] — I’ve received nine separate messages from readers telling me the same thing has happened to them. ‘sup [Facebook]?”

Zito also tweeted about reposting the article and seeing what would be done about it.

Per @facebook to one of several people who posted my @nypost story (including me) only to have it removed. I just attempted to re-post it, we shall see. pic.twitter.com/rob9eQsN99

“They did put the article back up,” Salena Zito told PJ Media. “They never responded to any of my inquiries.” She went into more detail about her communications with Facebook, saying that she “first put out a polite tweet, then I direct messaged them, then I sent them a message through the Facebook page, and then I sent a message through support. No answer.”

“After trying to contact them through several different ways, the story miraculously reappeared,” Zito said to the Washington Times.

Her article focused more on how “Democrats are overreacting to the Michael Cohen guilty plea.” PJ Media said that Ellis “argued that plea bargains are a legal fiction, are not confessions, and are not evidence of crimes or verdicts of guilt. Therefore, the Cohen plea did not implicate Trump in financial crimes,” claims which don’t fit any mainstream understandings of how the legal system works and also overlooks the fact that a whole bunch of evidence is used. These deals aren’t just forced confessions. Because of the unorthodox argument, Facebook’s algorithms appeared to see the article by the journalist as merely spam and therefore made sure people couldn’t see it.

After Ellis put the article on Facebook, a friend helped her confirm that the social media site did indeed remove the article, the reason according to the embattled company being that “we removed this post because it looks like spam and doesn’t follow our Community Standards.”

Social media sites like Facebook and Twitter have recently come under fire for algorithms that seem to interfere with content inadvertently and for placing bans on people that seem arbitrary and confusing rather than being based on a clearly laid out terms of service, leaving basically everyone but the social media companies in the dark. Congress will continue calling in people like the heads of Twitter and Facebook to testify about these problems