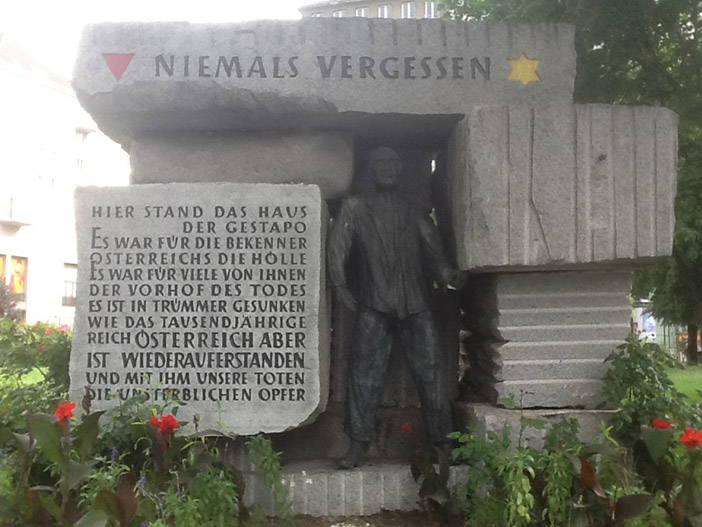 Near the Opera House stands a large “Monument against War and Fascism” by the artist Alfred Hrdlicka. Among several big symbolic sculptures, it incorporates a bronze sculpture of a bearded Jew on his knees, almost prostrate, covered by barbed wire, forced to scrub the street. The granite is from the former Mauthausen concentration camp, located two hours west of Vienna. The stone incorporates the sculptures of victims of the concentration camps on one side, and Austrian soldiers killed during World War II on the other. After the memorial had been set up in 1988, many tourists mistook the Jew for a cozy bench to have their sandwiches: He has been wrapped up in barbed wire since. 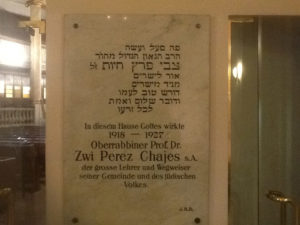 The Main Synagogue: The Stadttempel – A Commemorative Plaque of Chief Rabbi of the Jewish Community of Vienna – New York Jewish Travel Guide

Vienna has five Jewish cemeteries that are worth exploring, both for their historical importance and for the artistic beauty of the tombs. One of the cemeteries to visit — and also one of the most beautiful — is the Rossau cemetery, the oldest preserved Jewish cemetery in Vienna. You enter by walking straight through the lobby of a modern municipal old age home at Seegasse 9, in Vienna’s 9th district. From 1698 to 1934 this was the site of a Jewish hospital. The Rossau cemetery is believed to have been founded in 1540 — the oldest legible stone dates from 1582. Set in a leafy green compound, it lets you explore up to 500-year-old inscribed tombstones. It was only in 2013 when Vienna unearthed unique antique tombstones dating from the 16th century.

Many of the stones are massive and feature elegant calligraphy, lengthy epitaphs and some vivid carvings of Jewish symbols and floral and other decorations. Be ready to see the last homes of Rabbi Sabbatai, Rabbi Menachem Hendel, banker Samuel Oppenheimer and other famous Jewish Viennese residents. Wertheimer’s tomb, a white mausoleum with carved end pieces, is the cemetery’s most imposing mausoleum. I was lucky and fortunate to meet Ms. Andrea Sandner, who knew where this cemetery was located, took me there, and spent time explaining its history.

The vast Zentralfriedhof, or Central Cemetery, at Simmeringer Hauptstrasse 234 in the 11th district, was consecrated in the 1870s and has an extensive Jewish section where about 100,000 people are buried. There are many stately tombs and mausolea, testifying to the prosperity of the community. 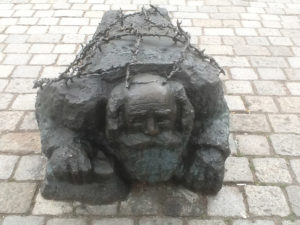 Theodor Herzl‘s remains lay in state in Vienna in the 19th district before they were transported in 1949 to the top of Mount Herzl in Jerusalem, named in his memory. Herzl was the first in a long series of Zionists who wanted their final resting place to be in the Jewish homeland. He never gave any instructions about where he wanted to be buried, beyond writing in his will that he wanted a simple funeral and to be buried beside his father until “the Jewish people shall take my remains to Israel.” Today, there is only a

cenotaph paying tribute to him in the Doebling Cemetery.

Other sites in Vienna await exploration, including the following:

Austria, one of Europe’s most popular holiday destinations, attracts tourists year-round with places to visit in both summer and winter. In fact, with some of Europe’s finest skiing, winter is almost as busy as summer in the spectacular mountain regions. Visitors are drawn as much for the scenic beauty of this Alpine republic’s provinces as they are for splendid cities like Vienna (Wien), the historic capital, and beautiful Salzburg, birthplace of Wolfgang Amadeus Mozart. 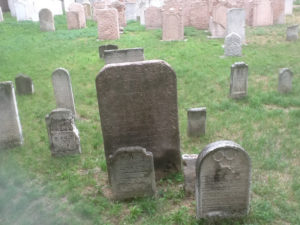 The spectacular Hofburg Palace in Vienna was the seat of Austria’s monarchy for centuries, the powerful Habsburgs. Now the president conducts state business in the same rooms that once belonged to Emperor Joseph II. Together with its squares and gardens, the entire Hofburg complex occupies 59 acres encompassing 19 courtyards and 2,600 rooms. Highlights includes the Imperial Silver Collection and an array of dining services giving a taste of the lavish imperial banquets that once took place here; the Sisi Museum, focusing on the life and times of Empress Elisabeth; and the Imperial Apartments, a series of 19 rooms once occupied by Emperor Franz Joseph and his wife.

Then walk down toward the main pedestrian street, the Graben. You will pass Stephan’s Cathedral, the city’s most beautiful landmark, and an important Gothic structure symbol of Vienna. St. Stephan’s is particularly famous for its majestic towers that have dominated Vienna’s skyline for centuries. It was here in 1893 that Theodor Herzl, the father of the modern state of Israel, developed the idea of holding a mass public conversion of Jews to ward off the city’s growing Judeophobia. St. Stephan’s is in the heart and soul of Stephansplatz, an important square that marks the city’s geographical center. An interesting mix of new and old architectural styles, it’s a wonderful place to simply hang out and watch the world pass by from the comfort of a café patio, or perhaps do some shopping. 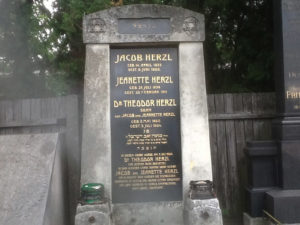 The Spanish Riding School dates back to the time of Emperor Maximilian II, the man responsible for introducing the famous Lipizzaner horses to Austria in 1562. Today, it’s one of the only places where the classical style of riding preferred by aristocracy is still practiced. Tickets to watch these magnificent animals perform their ballet are highly sought after, so book online as far in advance as possible.

One of the world’s largest and most splendid theaters, the Vienna State Opera House has hosted many of the world’s most prominent composers, conductors, soloists, and dancers. Operatic and ballet performances are staged at least 300 times a year, with music that goes as far back as 1625, when the first Viennese Court Opera was performed. 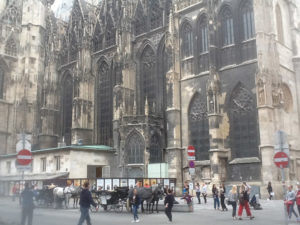 Founded in 1786, the famous Demel is not only the oldest café and bakery in Vienna, it’s perhaps the most memorable food experience you’ll have in this wonderful city. This exquisite café serves dishes and cakes carefully prepared by hand to traditional centuries-old recipes. A highlight here are the Demelinerinnen, the modestly dressed waitresses wearing black dresses with lace collars who still address customers with the formal, “Haben schon gewählt ?” (“Has Madam/Sir already made her/his choice?”). The other highlight, of course, is drooling over the mouthwatering displays of cakes and pastries (not kosher), including special creations resembling characters or creatures from history and mythology, each a work of art 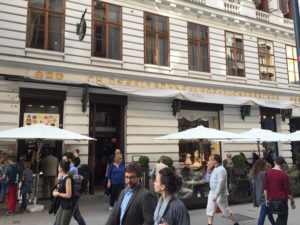 Vienna’s Natural History Museum is a fascinating place to visit. It is best known for its huge Dinosaur Hall and for the world’s largest exhibit of meteorites, which includes the Tissint meteorite from Mars that fell in Morocco in 2011. Its 39 exhibit halls trace such subjects as the origins and development of humans and the evolution of human culture from prehistoric times. The museum’s newest feature is its Digital Planetarium with full dome projection.