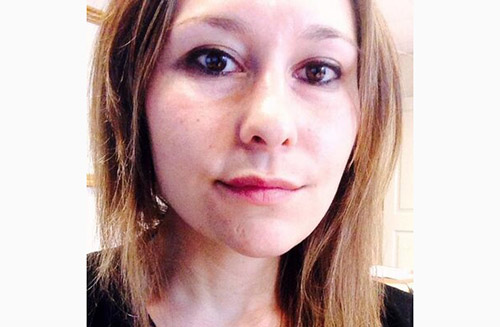 Michelle Icahn, Carl Icahn’s daughter, just acquired some prime real estate near Central Park into a 2,100 square-foot duplex at 10 W. 66th St. that’s been owned for decades by famed opera performer Marilyn Horne, a source told Page Six. Horne scored quite the deal by selling the four-bedroom duplex with a terrace that she acquired in the 1970s for $126,000 at a price of $4.5 million to Icahn.

Douglas Elliman’s Tom Postilio and Mickey Conlon, the listing brokers, chose not to comment when asked by Page Six about the sale.

Horne’s first major professional performance happened in 1954, when she dubbed the singing voice of Dorothy Dandridge in the film Carmen Jones. She appeared as “Jackie” on The Odd Couple as a character named “Jackie. She even sang on The Tonight Show Starring Johnny Carson. She debuted that year in Los Angeles too with her performance she performed as Hata in The Bartered Bride with the Los Angeles Guild Opera.

Her got a break when famed composer Igor Stravinsky recognized her singing talents, launcher her operatic career at a 1956 Venice festival. She stayed in Europe for three seasons to perform the Gelsenkirchen Opera.

She turned heads for her performance as Marie in Alban Berg’s Wozzeck at the inauguration of Gelsenkirchen’s new opera house on May 22, 1960. She came back home to America in 1964 so she could play Wozzeck at the San Francisco Opera.

Horne remained tied to the Australian soprano Dame Joan Sutherland in their performances of the bel canto repertoire for quite some time, starting back in 1961. They repeated that performance twice in Carnegie Hall because of how well it went the first time. In 1965, they both came together again to join forces as they lit up the stage during performances of Rossini’s Semiramide with the Opera Company of Boston. Even Lincoln Center hosted them for a live concert event in the 1970s.

Her biography adds that “Horne made her debut at the Royal Opera House in October 1964 as Marie in Wozzeck. Her La Scala debut was as Jocasta in Stravinsky’s opéra-oratorio Oedipus rex on March 13, 1969. Another of Horne’s breakthroughs occurred that same year during a performance of Rossini’s Le siège de Corinthe at La Scala, when Horne received a remarkable mid-act seven-minute ovation. Horne made her debut at the Metropolitan Opera in 1970 as Adalgisa in Bellini’s Norma with Sutherland in the title role. She thereafter appeared regularly at the Met, opening the 1972/1973 season as Carmen. A great success there was in Meyerbeer’s Le prophète, in John Dexter’s production. In 1984, she sang the title role of Handel’s opera seria Rinaldo (directed by Frank Corsaro), the first Handel opera ever performed at the Met.”