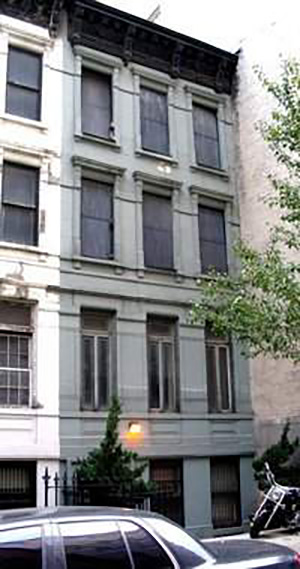 A 36-foot-wide Upper East Side mansion in Kips Bay, the official show house of 2018, was finally sold a few days ago.

An anonymous buyer used cash to buy the property for a price that was in the low-to-mid $40 million range, sources tell The New York Post.

The Wall Street Journal had the scoop, and the fact that this anonymous buyer’s purchase is one of the highest of the year makes the story that much more interesting.

“It was one of the most concealed transactions I’ve ever seen — all through a trustee in Delaware,” a source who has familiarity with the deal said.

The 15,000-square-foot house has eight bedrooms, ten bathrooms and four half bathrooms throughout its seven levels, according to The New York Post.

“It turned out to be a great deal,” a source says.

Chetrit managed to find a way to curve around the Landmarks Preservation Commission thanks to a promise to care for the facades and keep them, despite the fact that everything on the inside would be replaced.

It’s not hard to move around furniture because the house has an elevator, and a classy marble entry foyer and central staircase to let guests know they’ve stepped into luxury. A chef’s kitchen, courtyard in the back, amazing bathrooms, plenty of living and breathing spaces, gym, rooftop terrace, staff suite, this place has it all.

The Jewish Voice recently wrote about real estate developments in the Upper East Side. Yehuda Mor and Lior Carucci’s Minrav Development is looking to sell 21 condominium apartments for a total of $57 million at 427 E. 90th St. in Yorkville.

The Israel-based development company first filed building permit applications to replace a limousine garage with apartments in 2017. Isaac Stern & Architects is designing, according to The Real Deal.

The $57 million projected sell out means apartments will average $2.7 million, which about what the greater Manhattan sales median for new development condos is, according to reports from appraisal firm Miller Samuel.

Small-scale luxury condo projects like 427 E. 90th St. are becoming a common commodity appearing in places like Yorkville, the neighborhood writer Jonathan Franzen was cautious to call the “last middle-class neighborhood in Manhattan” in a New York Times Magazine profile.