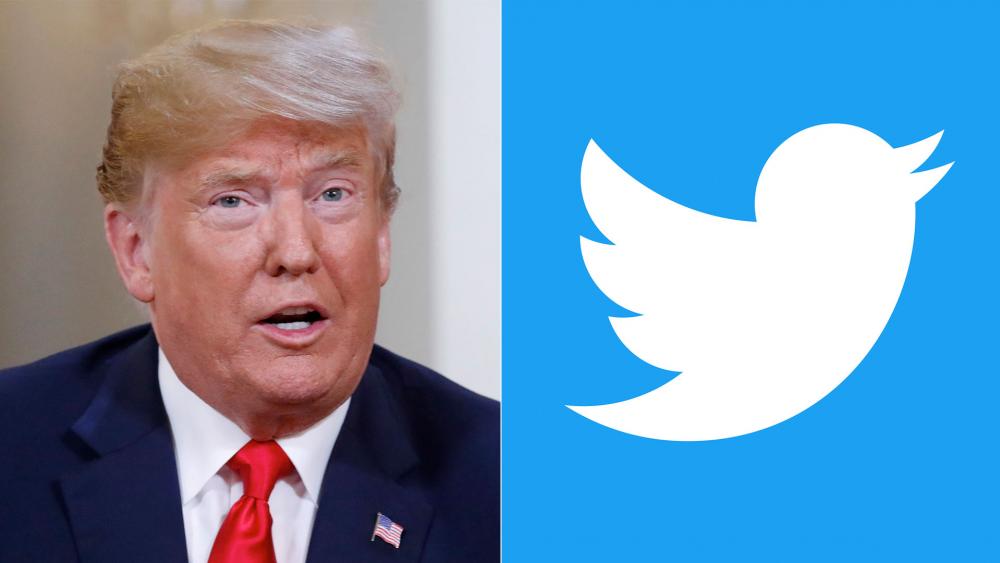 President Donald Trump used Twitter to get in the middle of an ongoing feud that conservatives have online when he spoke out against privately-owned Twitter for allegedly depressing the exposure of messages from its conservative users, The Daily Mail reports.

“Twitter ‘SHADOW BANNING’ prominent Republicans. Not good,” continuing that “we will look into this discriminatory and illegal practice at once! Many complaints.”

It’s unclear what the administration could do to challenge Twitter for sorting content and delivering it selectively to users based on a computer algorithm, according to The Daily Mail, which added that it’s also not obvious what law Trump believes the platform’s management is breaking. The president also did not specify which Republicans and did not specify how many complaints were filed, from whom, and how he knew that information.

A Vice article claiming that Twitter is “shadow banning” Republicans has gotten the attention of online right-wingers who for the past few years have alleged that social media have been censoring their content.

Twitter’s detractors in this case aren’t alleging any banning but believe the social media platform is using more subtle but effective methods to diminish conservatives’ presence. Usually, Twitter will automatically complete a search query and suggest an account when someone starts typing in Twitter’s search bar, NY Magazine reports.

According to Vice, Surabian and other “prominent Republicans,” like Republican Party chair Ronna McDaniel, previously Ronna Romney McDaniel until the president pressured her into dropping the name, are not being automatically suggested when the names are entered into the search field. All of these accounts, importantly, are still shown atop the actual search results page, but users have to click through to it instead of being given an easy link on which to click as the name is being typed, according to NY Magazine.

Users following the affected accounts will still see the tweets, and those accounts still appear in search, meaning that Trump’s accusation of shadow banning appears inaccurate.

NY Magazine reports that the issue could be a side effect of a minimal measure designed to make sure that people aren’t enticed to wind up reading and viewing bad information from dubious sources.

Vice quotes a Twitter spokesperson saying that the company is “shipping a change,” but that the “technology is based on account behavior not the content of Tweets.” New York Law School professor Ari Ezra Waldman told Vice that, “This isn’t evidence of a pattern of anti-conservative bias, since some Republicans still appear and some don’t. This just appears to be a cluster of conservatives who have been affected.” He added, “If anything, it appears that Twitter’s technology for minimizing accounts instead of banning them just isn’t very good.”

Twitter shares fell Thursday after President Donald Trump said in a tweet the company was limiting visibility of prominent Republicans and said he was going to look into the matter, ABC News reports.

Twitter said it does not “shadow ban.” The company said it was aware that some accounts were not automatically populating but that was due to a bug they are working to fix. The social media site said in a statement it does not make judgments based on political views or substance of tweets, ABC News reports.

The company’s stock dropped following the president’s tweet, coming as the company would continue sliding steeply after disappointing second-quarter earnings and a purge of fake accounts.

Twitter shares dropped 19 percent Friday after the company’s reports, with shares opening down 14 percent on Friday off the bat following the news, according to CNBC.

The news comes at the same time that Facebook’s problems have caught up with the company, badly enough to send the company’s stock down low enough to record one of the largest single-day losses ever.

MSNBC Reporter Claims Protest Are Not Unruly as Building Burns Behind Him !!

MSNBC Reporter Claims Protest Are Not Unruly as Building Burns Behind...

Sholom Schreirber - 05/29/2020 0
"I want to be clear on how I characterize this,” said reporter Ali Velshi while describing events on the ground. “This is mostly a...