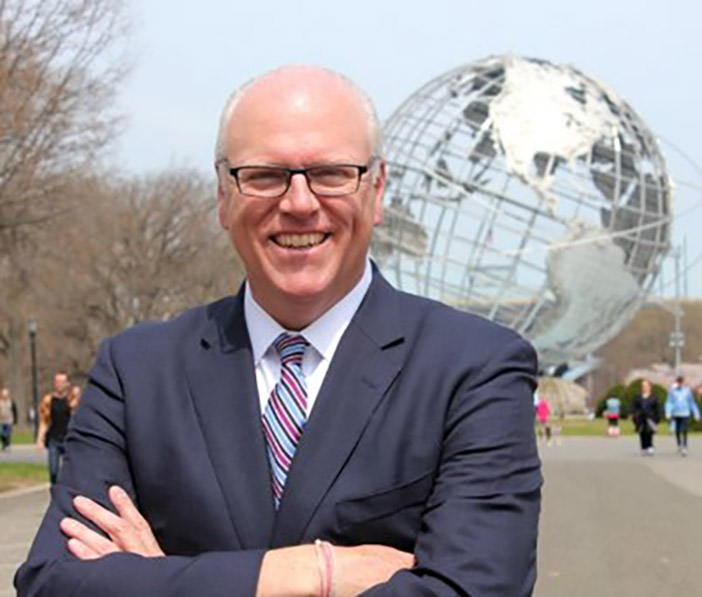 The upcoming election is a little more than 3 months away and yet we are sweating out the possibility that a Radical-Leftist, Progressive, hate America, anti-Israel candidate will walk into the congressional seat representing the 14th Congressional District right here in NYC. The present incumbent is another Democrat, Joe Crowley who has sat in the House for 10 terms, yet he blew the primary race to a very recent bartender, and staunch member of the Democratic Socialists of America (DSA). Alexandria Ocasio-Cortez. For the rest of this column, we’ll do away with this “three name” thing. Crowley is no 98lb weakling. He currently heads the Queens County Democrat Party, is the chair of the House Democratic Caucus, is the fourth highest ranking position in Democratic leadership in Congress and was considered a shoo-in to succeed Nancy Pelosi as Democratic leader.

Yet, he got clobbered by a total political unknown. And we won’t hesitate to tell you how this miracle of sorts was pulled off. Cortez fell into the current tsunami wave of Democrat hysteria over the Trump presidency and currently her party has swung completely over to encourage anyone raising a clenched fist, wielding a weaponized political sign or spitting at or throwing out Conservatives from eating places. She has been embraced and touted by Socialist/Marxist Bernie Sanders and to scare off any Jews who have concerns for the future of Israel this kid claims to get her info on the Jewish State from as she says, “groups that include Jewish Voice for Peace, J Street and ‘Palestinian rights organizations.’ “

Those organizations most probably include the radical, terrorist supporting, Students for Justice in Palestine. She indicated her dependence on anti-Israel groups from which to get her talking points during a recent town hall style sit-down with Democracy Now. When asked about her apparent lack of knowledge of the Middle East, she stated: “This is a conversation I’m sitting down with lots of activists in this movement on and I’m looking forward to engaging in this conversation.” Just before that scene, she babbled about Israel’s “occupation of Palestine” and claimed that Israel was indiscriminately killing Palestinians. Fearfully, she’ll get two earfuls of hate from the likes of her Jew despising supporters.

And that’s where former Senator Joe Lieberman comes in. Here’s a guy who was tossed out of the Democrat Party because he was not liberal enough. He understands the situation Joe Crowley is in and he is urging the present incumbent to stay on the ticket of the Working Families Party and run against Cortez. Lieberman says that Cortez speaks from the policy book of the DSA. That she supports corrupt Venezuela, Cuba and criticizes “one of America’s great democratic allies, Israel.”

In this type of situation, where two Democrats may go head to head, we’d normally go with the Conservative candidate who would stiff-arm all the Progressive-Socialists in the House. But the Republican candidate against Cortez is an unknown, Anthony Pappas, who ran unopposed in the Republican primary. He has no chance of winning in this Democrat stronghold. Therefore, we are throwing our support for Joe Crowley, hoping he’ll follow through and stay on the Working Families’ ticket in November. We can’t afford another anti-Israel vote in the House. It’s getting scary.