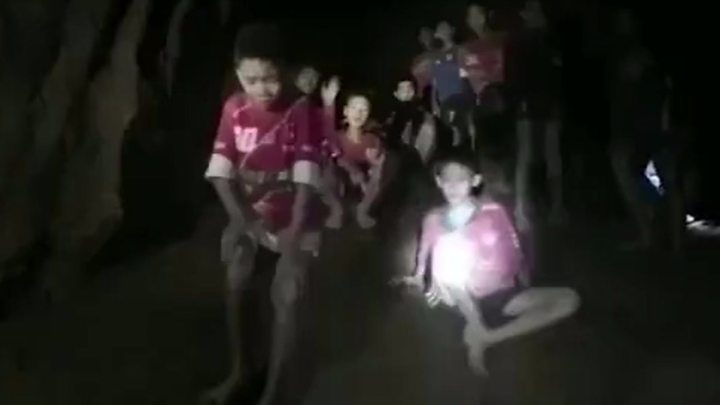 The horrible news that a team of Thai soccer players and their coach had been trapped by rising waters while exploring a cave has captured the world’s attention. At the time of this writing 4 kids have been extracted by a Seal team, leaving a total of 9, including the coach to be rescued. We pray that they all will come out of this situation well and ready to jump into the arms of their loving families.

The hidden story behind these headlines that has not been revealed by the world’s media, including our own New York Times (please explain that to us), is that Israel has a great deal to do with the rescue efforts. It appears that an Israeli communications firm has been a major factor in this operation. Uzi Hanoni, CEO of Yavne-based Maxtech, was contacted by Thai officials and placed an order for his firm’s communications gear that as he says, ” are communication systems that create networks on the spot, designed for areas where there is no communications infrastructure. The network allows for the transmission of data, voice and video under severe circumstances such as flooding. We gave them our devices and the rescue teams in the caves used them to communicate. That’s the Israeli contribution to this rescue effort. We didn’t ask any money for this. When I heard the story, I and my partner decided to donate the systems. These systems cost over $100,000, and we are a small company. But it’s worth it.”

That’s the Israeli humanitarian mlndset as expressed by Israel’s founder and first prime minister, David Ben-Gurion. “The principles of mutual assistance and equality should also constitute the basis for international relations between people and must be based on the solidarity of all human beings, derived from fraternity and mutual assistance in every sphere of life.” This dot on the map nation is the world’s leading expert in dealing with mass casualty situations. Without regard to how any “nation in need” votes in the UN on Israel issues, the Jewish State responds to critical situations ASAP. After the devastating earthquake in Haiti, they came with supplies and doctors. After the Indian Ocean tsunami, Israel flew aid to Indonesia, which has the largest Muslim population in the world. They rushed into Sri Lanka to save thousands from severe flooding. Pakistan, one of the fiercest anti-Israel governments silently welcomed an Israeli NGO, Israeli Flying Aid, which provided thousands of families dry food products, blankets, coats, socks and heating kits to save Muslims from their freezing winter.

So, we’d like to see these nations who’ve been the benefactors of Israel’s humanitarianism, reciprocate in their relations with Israel. Let them start with support in the United Nations for little Israel which is a giant when it comes to helping others. Let’s not hold our breath!

Who is Behind the Organized Chaos Now Torching Our Nation?

Calling Out the CCP for the Wuhan Virus