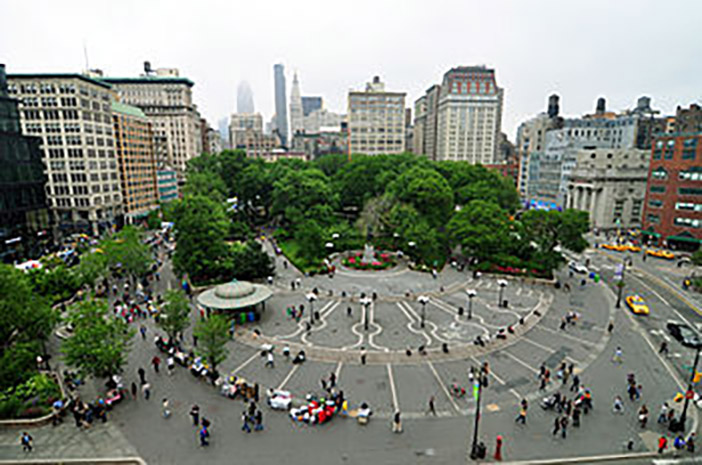 The current City Council speaker is keeping tight-lipped about controversial plans to develop a tech hub and office center on 14th Street.

City Council Speaker Corey Johnson told Crain’s he is not involved in the negotiations between Mayor Bill de Blasio and Manhattan Councilwoman Carlina Rivera for the project. De Blasio wants the spot near Union Square to become a 20-story commercial development with more than half the floors devoted to tech education and space for startups.

Rivera, backed by local preservationist groups, insists she will support the project only if the mayor downzones adjacent areas in order to stop commercial towers. She also would want a limit on market-rate housing development. The council has historically deferred to local members on developments in their own districts, which enables a single intransigent politician to block a proposal or rezoning that would benefit the city, Crain’s reports.

Johnson said as a candidate for speaker that he wouldn’t automatically sign off on everything without giving it any thought, but on Wednesday he said he had so far not interfered in Rivera’s deliberations with de Blasio.

“She has been having good-faith negotiations with the administration, asking for some reasonable things,” he said at a press conference.

Though he said he had not intervened, he did say he had spoken to Rivera about the project “every day.”

Administration officials and the real estate and tech industries have their eyes glued to see what Johnson’s stance on the matter will ultimately be. Gotham Gazette quoted him in February as saying he would “defer” to Rivera and give her his “full support.”

Members are not commonly outvoted on projects within their respective districts, so if Rivera sensed that the council were willing to approve the tech hub without her support, she might be willing to sign off on a deal that would not stifle development in one of the most transit-rich sections of the city.

Previously released renderings show that the proposed Union Square Tech Hub, which would replace the large P.C. Richard & Son store on East 14th Street, would use its 258,000-square-foot center to house things like a job-training facility and flexible workspace for local startups.

The $250 million project, first announced in 2015, is being developed by RAL Development Services and was designed by Davis Brody Bond, officials said.

“This new hub will be the front-door for tech in New York City,” Mayor Bill de Blasio said in a statement.

“People searching for jobs, training or the resources to start a company will have a place to come to connect and get support.”

The project is expected to generate 600 jobs in the tech industry and 800 in construction, officials said.