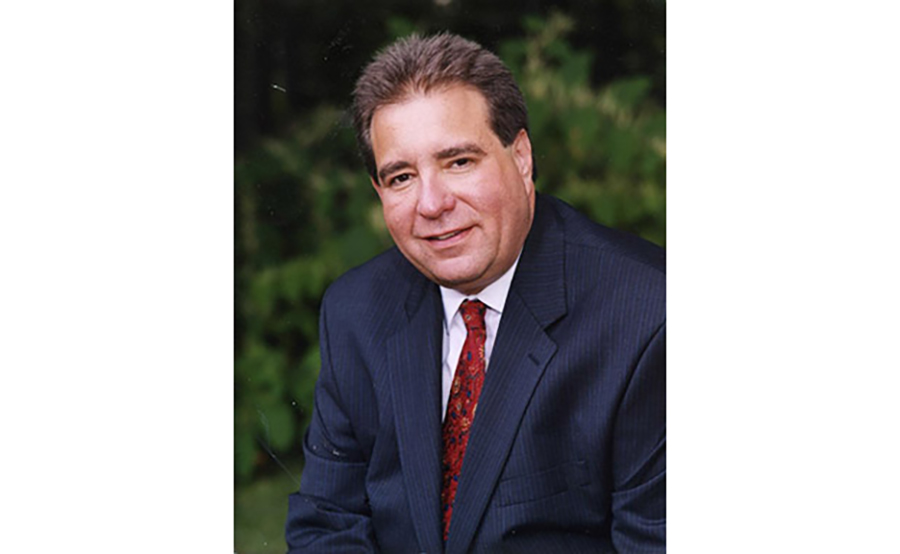 Last week, the Jewish Voice had the distinct pleasure of presenting our readers with the first part of an extensive interview with Russell Robinson, the CEO of the Jewish National Fund. 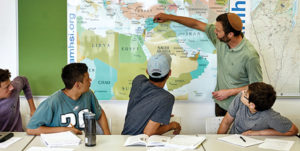 This week, we have the honor of offering our readers part 2 of this scintillating interview.

Speaking with fervor in his voice about the future of education for American Jewish youth and the important role they will play in communal leadership, Mr. Robinson observes that most young Jews do not receive a religious education. He said that the vast majority of American Jewish kids have been educated in secular schools and that JNF provides them with the Israel experience that endures a lifetime and inspires them to become more attached to their people, their heritage and their land.

“You know, you really have to appeal to the customer and today, the facts dictate that only 3% of Jewish kids in America attend day school or yeshiva. 97% do not,” said Mr. Robinson with assuredness resonating in his voice. 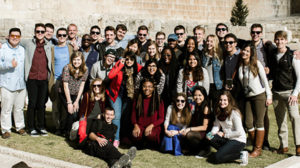 JNF offers a myriad of ways for college students to connect with Israel, either through our Israel trips- Birthright, Alternative Winter Break and Caravan for Democracy, our JNF Campus Fellowship, the annual JNF College Summit or our Positively Israel programs and events on campuses.

When challenged with the idea that the tuition rates for Jewish education options are just too cost prohibitive, Robinson sets the record straight. “That is NOT a fact. 54% of Jewish kids are attending secular private school, so it is really not a problem for their parents to afford a Jewish day school but that is not where these kids are going. Let me ask you this: Is the Dalton school not expensive? Is Newark Academy not expensive? Among their students, approximately 70-80 percent are Jewish. So, money is not the issue, but rather product is the issue,” said Mr. Robinson .

Mr. Robinson asserts that it is at the high school age that most kids begin to have their “Israel moment” and that colleges are seeking students who have experienced a semester abroad.

Last week, Mr. Robinson discussed the highly successful JNF sponsored Alexander Muss High School in Israel and the world class campus that is being built to expand upon its present location.

“We at JNF are going after the students who attend both public and private schools and we are doing that by offering them a comparable curriculum. Whatever courses they are presenting taking in school, whether it be advanced placement calculus or history, we emulate that. In that way, both students and parents can be confident that these kids can be accepted to the ivy league – and that means Harvard, Princeton and Yale, among others, “ said Mr. Robinson. 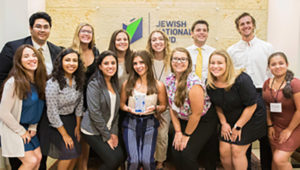 Jewish National Fund trains and supports pro-Israel college students from across America to promote Israel as a country striving to make the world a better place through Positively Israel programming. Fellows play a crucial role in recruiting students to participate in JNF programs on college campuses. Once selected, Fellows are required to attend the Leadership Seminar in the summer, College Summit in the fall, and Alternative Break in the winter.

Giving voice to the glowing success rate of American Jewish kids who do attend the JNF high school in Israel, Mr. Robinson says that the future leaders of the Jewish people are among its graduates. “For the Jewish community, it should be noted that there is a 70-80 percent return on investment with these kids. They are going to be the leaders of our community for the next 70-80 years. They live, love and learn Israel each day while in school. They are imbibing everything that Israel has to offer while on the streets, while working the land. They even learn mathematics on the top of Masada, “ he said.

Mr. Robinson added that these kids come back as ardent Zionists who learn the grand history and philosophy of Theodore Herzl and other founding fathers of the modern state of Israel.

“Each year at Alexander Muss High School, we send back 5000 kids who are going to change the Jewish community of tomorrow in powerful and impactful ways, “ he declares.

Besides working towards the significant expansion of the JNF high school program, Mr. Robinson says that JNF is “making sure that these kids are going strong in college” as well. 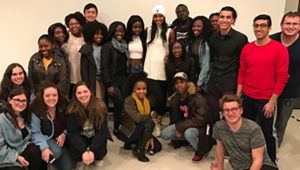 When these kids do attend college, Mr. Robinson says that, “We know what college these kids are going to and we even know what dorm they are in. We consistently provide them with guidance and support. We give them all the information of every Jewish organization on campus. That really distinguishes us from every other organization. We want these kids to engage Jewishly and carry their Zionism with them for the rest of their lives.”

Moreover, Mr. Robinson speaks of the recognized success of the Birthright program. For those kids not attending high school or university in Israel, Mr. Robinson says, “that is where we catch them, so they don’t fall through the cracks.” He said that through the Shorashim program, they have 65 buses a year of Birthright kids, exploring the land while creating enduring friendships.

Another JNF educational program is called the “Alternative Winter Break” which attracts kids who have been to Israel before but wish to spend their winter and spring breaks from school in Israel. “They work in such places as Dimona or Kiryat Shmona. They work with other people and they personally participate in building the land. And that is an experience that is beyond priceless for them,” he adds.

JNF also operates a campus fellow program and reaches out to non-Jewish students as well. “We also run a 12-day trip where we take 80 non-Jewish students from US college and university campuses to Israel a year. No one does it the way we do it. We have 400 applications for each trip and we only take a percentage of them. 17 students in this year’s class are the head of their respective student bodies. The Harvard president attended the Caravan for Democracy trip this year and we are very proud of this selective program, “ Mr. Robinson declares. 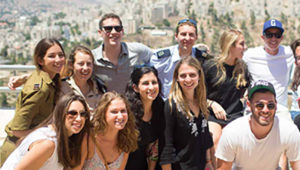 He adds that this unique program which began 8 years ago is limited to sophomores and juniors who are going to be campus leaders.

The JNF also takes 60 non-Jewish professors each year to Israel, with the notable exception of political science and history educators. “They have already made up their minds either way, “ says Mr. Robinson.

“We do, however, take someone in the field of humanities, or sociology or robotics and we bring them to all the campuses in Israel to build collaboration. Already we have 60 collaborative papers written by these professors along with their Israeli counterparts and the world of academia is much better for it. No one else does this, “ he says with great pride.

He adds, “We take our assets, so if it’s the University of Arizona, and we have 4 college professors, 2 Caravan kids, 80 Birthright kids and 7 kids from Muss high school, they are all on campus working towards spreading the positive aspects of Israel and teaching others.”

In terms of addressing the seemingly intractable Israeli-Arab conflict that has dominated headlines for decades, Mr. Robinson says “these people are not talking about the conflict because no one campuses really cares about the conflict. Nobody cares about a two-state or one-state solution. They don’t want to talk about attacking anybody. But what they are interested in is us bringing to Israel a farmer from Kenya who receives training at one of our schools and goes back home and makes his country and the world a better place, that is what people really care about. We don’t talk about defending Israel, but we use our assets in the best way we can.”

Mr. Robinson says that since the inception of this program 8 years ago, “we have a 96% rate of retention. Our professors are on conference calls every 2 months. And they attend our conferences. We take 250 college kids to our conference every year.”

Putting a lot of work into JNF’s future, Mr. Robinson says that the organization’s fastest growing donor demographic is the 22—40 year-old range.

“Who does that from birth to the boardroom, other than the JNF?” ponders Mr. Robinson out loud. He answers most definitively: No one!!

Mr. Robinson sums it up quite succinctly. “No other organization does Zionist empowerment more than the JNF. We must ask ourselves, if we are not winning then why are we in this business. And we are winning. We are winning handily with our positive messages and our uplifting and inspiring programs.”

Seems like “it is not your parents JNF anymore.” Stay tuned for more!!