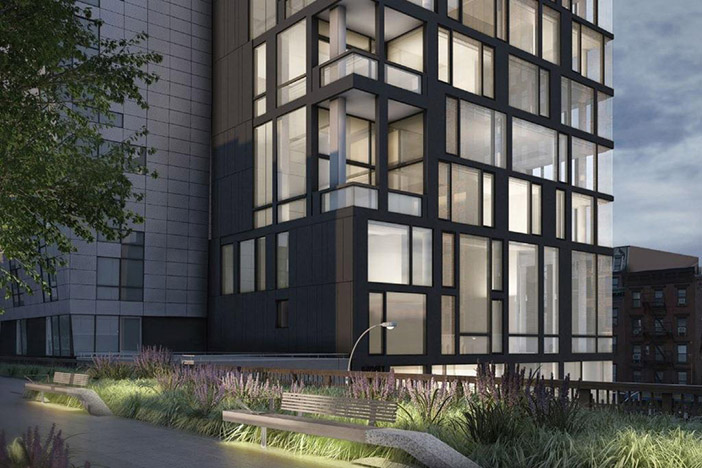 The Getty condominium project at 501 West 24th Street is setting records and the units are in high demand, Michael Shvo recently told The Jewish Voice.

Shvo is back on the scene, emerging victorious after a long, drawn out 19-month tax evasion case, where he settled with a 3.5 million restitution after the judge ruled the prosecutor’s ludicrous recommendation of prison to be un-necessary.

He is not wasting any time and is focusing on the Getty project, full steam ahead. The Getty is a dynamic 12-story residential building designed by Peter Marino.

Located in Manhattan’s coveted West Chelsea neighborhood, this architectural sculpture is composed of six custom-made homes, an art gallery and an art museum. Situated at the corner with Tenth Avenue, the property is located in the art district and overlooks the High Line, the Victor Group described on their website. 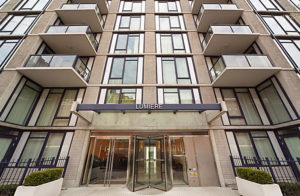 The triplex penthouse in the building sold this month for a record-breaking $59 million to Texas-based private equity baron Robert F. Smith, The Real Deal pointed out. Prominent developer Michael Shvo told the Jewish Voice “we are almost 70% sold out and the apartments have never been listed”. The price is a record in the area for both total price and sq. foot price “Every single unit has a unique layout and finishes, every single bathroom and fireplace in the building has a different stone, over 50 different types”, Shvo explained.

Due to the high demand the prices on the remaining apartments have gone up. The fifth-floor apartment, which was originally priced at $16 million, will now market for $19.5 million, and the sixth-floor unit will go from $14.5 million to $16.25 million. On the 7th the price will increase from $17.5 million to $21 million and, on the 8th from $19 million to $22 million, Real Deal reported.

Shvo is the President and CEO of SHVO, a real estate development company he founded in 2004. His impressive real estate career began after landing a job with Douglas Elliman, the largest brokerage in NY. At the age of 30, he achieved more than $300 million in sales. Shvo left the firm in 2004 to launch his own international real estate firm, SHVO. His firm currently develops high end properties internationally. From 2003 through 2008, he performed $15 billion in real estate transactions worldwide, including Nurai, a private island off the coast of Abu Dhabi. His prolific list of achievements includes The Bryant Park Tower and The Lumiere on 53rd St, TJV previously chronicled.