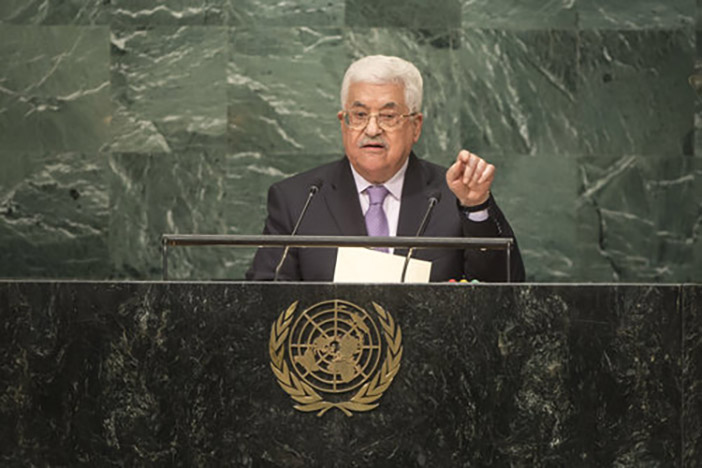 When it comes to the Arab-Israeli conflict, The Washington Post says much with what it chooses—and chooses not to—report. Both omission-laden reporting and selective coverage are distorting the paper’s depiction of the Jewish state.

The Washington Post continually omits Palestinian rejection of U.S. and Israeli peace offers, while simultaneously ignoring Palestinian leaders who embrace terror. In the last 18 years alone, the Palestinian Authority has refused U.S. and Israeli proposals for peace in exchange for a Palestinian state on numerous occasions, including 2000 at Camp David, 2001 at Taba and 2008 after the Annapolis Conference. Similarly, the P.A. rejected U.S. attempts to restart negotiations in 2014 and 2016, and has refused bilateral talks—a requirement stipulated by the Oslo accords that created the P.A. in the first place and which remains the basis for its funding—for the last eight years.

The P.A. could have accepted any of these numerous opportunities for statehood; they not only refused, but declined to so much as make a counteroffer.

Yet The Washington Post doesn’t feel that this continual pattern of Palestinian rejectionism is worthy of news space. The Post failed to detail these rejected offers in the more than 35 reports on the state of the “peace process” that their Jerusalem bureau and World Views section published from January 2016 through February 2018.

Indeed, when the details of the 2014 U.S. offer were finally revealed by the Israeli newspaper Haaretz in June 2017, including Israel’s acceptance of the proposed terms and P.A. leader Mahmoud Abbas’s rejection of them, The Washington Post didn’t even bother filing a report.

The pattern of omissions raises a question: Why would the paper write so frequently about the peace process and possibility of Palestinian statehood, yet nearly always fail to provide readers with this pertinent information?

In a June 5, 2017 interview live streamed on Facebook, then-PostJerusalem bureau chief William Booth acknowledged that the paper has been criticized for repeatedly failing to note these rejected peace offers. However, he defended the decision on the grounds that “we’ve done all of those stories before,” and “not every story can be a retelling of everything and not every story can have [the] context that readers of either side might like.” This excuse would be more believable if The Postwasn’t fixated on the same subjects while ignoring and minimizing others.

As the Committee for Accuracy in Middle East Reporting in America (CAMERA) has documented, The Washington Post disproportionately covers settlement construction in the West Bank (Judea and Samaria). The paper filed literally dozens of reports on “settlements” in 2016-18, many of them omitting important details. The majority of these dispatches provide the misleading impression that Jewish communities in the West Bank are expanding externally when, in fact, their territory is not expanding, and most of the population growth is the result of natural increase and not new arrivals. In contrast to what The Post’s reporting often implies, most of the construction has been in areas that Israel, per existing agreement with the P.A., is likely to keep in any future settlement.

In other words, Jewish homes are not preventing a two-state solution. Palestinian leaders are.

The obsession with a non-existent story is odd, particularly when one considers the short shift that The Post gives to internal Palestinian developments. In one recent example, when P.A. leader Mahmoud Abbas was suddenly hospitalized last month while visiting the United States, the paper declined to provide any original reporting on the incident.

Rumors swirled that Abbas—an octogenarian who reportedly smokes two packs a day—was deeply sick, and that his sudden hospital visit was more than just the “routine checkup” his spokespeople claimed. Abbas, an autocrat in the 13th year of a single elected four-year term, leads an entity that is a significant beneficiary of U.S. aid and a lynchpin of U.S. strategy. His sudden death or incapacitation would likely lead to a chaotic power struggle that would have vast implications for the Palestinian people, Israelis, America and other regional actors.

Not only did The Post fail to investigate Abbas’s illness, it repeatedly minimizes his anti-Semitic rhetoric and the P.A.’s promotion of anti-Jewish violence. For example, the paper didn’t report Abbas’s Dec. 13, 2017 speech in Istanbul, in which he claimed that Jews “are really excellent in faking and counterfeiting history.” P.A. policies, including the authority’s refusal to quit paying hundreds of millions of dollars a year to terrorists and their families, and enshrining a culture of martyrdom via anti-Semitic messages broadcast on official media and taught in P.A. schools, receives little attention from The Post. When this incitement is noted—and it receives far less attention than homes in Judea—they are often minimized as merely “Israeli claims.”

Editorially, the paper has also shown a preference for publishing anti-Israel screeds, many of them far removed from truth and decency. This pattern is more pronounced in the paper’s Outlook section, as well as in online-only Op-Eds. Within a week of the AIPAC policy conference held earlier this month in Washington, the paper published commentaries titled “The dark roots of AIPAC” and “How Benjamin Netanyahu enables anti-Semitism.” The latter lacked proof; the former misled by omissions and a lack of context. Both spoke volumes about what The Post deigns to be worth publishing and when.

The Post’s Outlook section has previously published Op-Eds by the head of Jewish Voice for Peace, a group that the Anti-Defamation League has noted “uses its Jewish identity to shield the anti-Israel movement from allegations of anti-Semitism and to provide the movement with a veneer of legitimacy.” By contrast, one is hard-pressed to find Post Outlook and online Op-Eds that focus exclusively on Palestinian leaders and society—perhaps because the paper has, on several occasions, refused to publish them. A March 8 Post commentary on Hamas by U.S. presidential adviser Jason Greenblatt is a rare exception, one the paper would have probably had trouble declining given its author’s job.

The voices that comprise column space by The Post speak volumes about how the paper views the Arab-Israeli conflict: Israel is an intransigent power responsible for the lack of peace, and the Palestinians are without independent agency. Details and facts that don’t fit this narrative are left out.

So is the truth.

The writer is a senior research analyst for CAMERA, the 65,000-member, Boston-based Committee for Accuracy in Middle East Reporting in America.