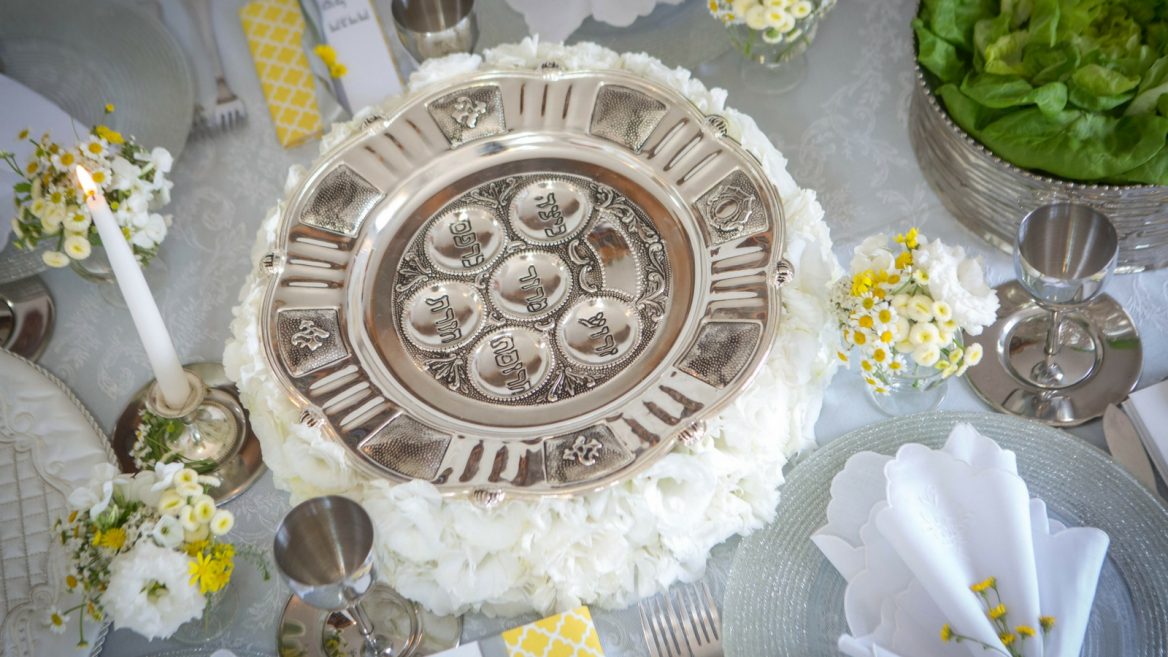 The Passover Seder is one of the most sensory-heavy rituals of the Jewish year. Themes such as captivity, redemption and renewal are materialized in the form of bitter herbs, parsley and hard-boiled egg. During the holiday, which commemorates the liberation of the Israelites from enslavement in Egypt, the star of the sensory experience is the Seder plate.

While there are specific methods of preparing and arranging the items on the plate, there are hardly any rules about the ceremonial platter itself. Throughout history Seder plates have come in many shapes and sizes. Some are as simple as a ceramic dish, some have built-in matzah holders, and other more modern designs have taken on a whole new art form.

As you prepare your own Passover Seder, here are seven Seder plates to be inspired by.

The center dish is stamped with the Hebrew word for Passover (Pesach). The simplicity of the set is meant to highlight the Seder foods and echo Kachlon’s design intent: “We should enjoy the simple things in life, but never in an ordinary way.”

Rebecca Stadlen Amir is writer and stylist originally from New York. Prior to relocating to Tel Aviv, she was an editor at Vogue for more than four years, covering design and lifestyle. In Israel, she has utilized her editorial eye to produce content strategies for several startups. In addition to writing for ISRAEL21c, Rebecca works as a stylist for brands and events. She loves to travel and explore the world with her husband.