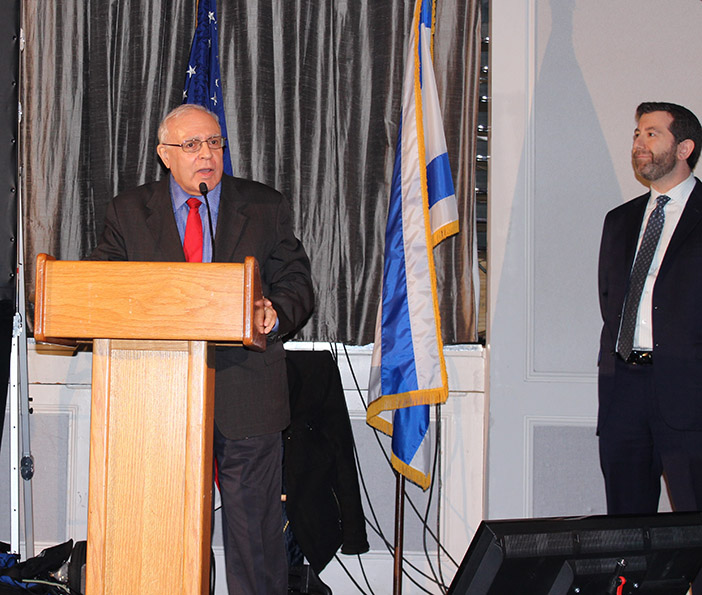 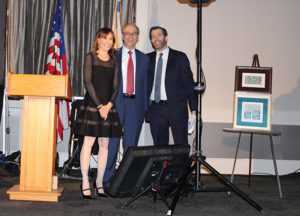 Westchester Hebrew High School (“WHHS”), a boutique, Modern Orthodox, co-ed high school serving students from across the tri-state area, held its annual Gala Dinner on Sunday, February 11th, at the JCC of Harrison. Among its honorees were Cindy Sternklar Worenklein and Jay Worenklein, who were given the Tree of Life Award; Evan Azoulay, who received the Alumni Progress Award, and Michael Tedesco, the school’s Director of College Guidance, who was presented with the prestigious Excellence in Education Award.

Rabbi Jeffrey Beer, Head of Westchester Hebrew High School, based in Mamaroneck, said: “We are deeply honored by the devotion of Michael, Cindy, Jay and Evan. Their dedication and commitment to our school has left an indelible mark on our institution, as well as kindling the spiritual and intellectual sparks within all our students.”

Cindy Sternklar Worenklein is the President of the Board of Trustees and proud parent of Sasha, a member of the graduating class of 2018. Cindy attended Brooklyn College, the American University in Paris, and the Benjamin Cardozo School of Law, worked as several Wall Street law firms, and had her own private practice. She is currently involved in her family owned real estate business.

Jay Worenklein, a member of the WHHS Finance Committee, is a graduate of Columbia University and holds a joint law and business degree from NYU. A former partner at Milbank Tweed Hadley and McCloy, he is currently the CEO and Chairman of US Grid Company and Chairman of Ravenswood Power Holdings, as well as a member of the Board of the UJA Federation of New York and the Jewish Community Relations Council. Jay has also taught classes on ethics and business at Yale, Princeton, and NYU.

Evan Azoulay, Salutatorian of the WHHS Class of 2010, returned to his alma mater this year, designing and teaching a new STEAM curriculum geared towards teaching engineering design skill, along with 3D modeling and printing skills to bring those designs to life.

For Michael Tedesco, the event was a humbling moment – especially since all he wanted to do ten years ago was work less, not more. 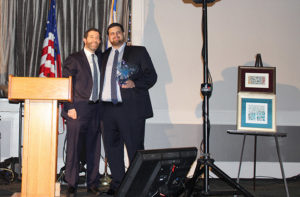 Tedesco, born and raised in New Rochelle, graduated from Iona College and earned a Masters from Manhattan College. He began his education career in 1964 as a Religious Education teacher at Holy Family Church, later teaching at Mount St. Michael’s School and serving as a Youth Minister for the five Catholic parishes in New Rochelle before joining New Rochelle High School in 1974. So how does a devout Roman Catholic end up at a Modern Orthodox Jewish high school?

After 35 years of advising more than 2,000 students at New Rochelle High School, Tedesco retired in 2008. Not long after, the newly retired Tedesco received a call from Mariann Raftery, WHHS Office Manager and a former New Rochelle High School parent, about a staff vacancy. Thanks to her persistence, Tedesco reluctantly agreed to meet with Rabbi Beer. Says Tedesco, “Rabbi and I had a great conversation. He’s a wonderful man and I was so impressed by the school that I said to myself, why not try it for a year? Now I’m completing my ninth year.”

“When I first took the job, some of my friends, Jews and non-Jews, asked how I can work in a Jewish school, much less an Orthodox one?” I said, “Kids are kids, regardless of their religion or nationality.” WHHS feels like home to Tedesco, himself a product of Catholic schools from kindergarten through his Masters’ program. “It’s like being back in the Catholic school system because faith in God is the essence of WHHS. We teach the kids that we must do mitzvahs and help our community. You can’t call yourself a religious person unless you’re doing for others, which is the essence of both religions,” said Tedesco, who volunteers for Eye Glasses for the Needy, the New Rochelle Humane Society and the Women’s Maximum Security Prison in Bedford.

Over the years, Tedesco has led school presentations on the “Power of Prayer,” speaking to students, parents and faculty about the shared values and vibrant dialogue between Jews and Catholics built upon faith, belief, and people. “Westchester Hebrew is very much a faith-based community that has as its goal helping to develop young men and women of faith. In this case, the faith is Judaism, Jewish tradition and Jewish custom. Rabbi Beer and Dr. Nancy Block set the pace and theme for not only the kids, but also the staff. I feel very much at home. That is why when friends and relatives say, Michael, why are you still working at your age, I answer, why shouldn’t I? WHHS is my home. Of all the jobs I’ve had, this one is very special.”

As Tedesco looks back on his remarkable career, he says, “What I’ve found most rewarding is helping kids achieve their goals and dreams by giving them the focus, direction and guidance to support them when they succeed and support them when they fail. It’s all about developing the human relationships to encourage them to become the best they can be.”