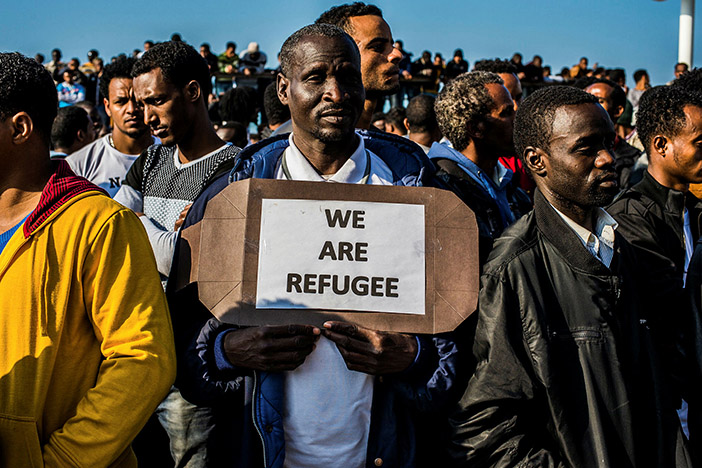 In a decision that could set a precedent regarding the status of Eritrean asylum seekers, The Jerusalem Appellate Court ruled Thursday in favor of an Eritrean national who asked to appeal the state’s rejection of his asylum request on the grounds that desertion from the Eritrean army justifies receiving protected refugee status.

The ruling by the Appellate Court, which specifically handles cases pertaining to migrants, will be keenly watched by the some 27,500 Eritrean asylum seekers in Israeli, many of whom claim asylum on similar grounds.

“The appellant has provided sufficient proof that there exists a concrete concern for his safety due to the political views the Eritrean authorities attribute to him as a result of his desertion,” ruled the court.

He becomes the 12th Eritrean to refugee status out of 8,529 asylum requests filed as of the end of 2017.

Military service in Eritrea is mandatory, and usually involves intense physical labor. Furthermore, Eritrean soldiers have no predetermined discharge date, and their service can often last decades. Many Western countries consider the dangers facing deserters should they return to Eritrea sufficient cause for granting refugee status, however, Israel’s policy has been that they do not qualify for refugee status.

Presiding judge Elad Azar criticized the fact that the Israeli Administration of Border Crossings, Population and Immigration does not judge asylum requests on a case-by-case basis, but rather rejects them en masse, based on guidelines handed down by the Ministry of Interior. According to those guidelines, being an Eritrean deserter is not sufficient cause for granting refugee status. However, Justice Azar also noted that the ruling should not be be grounds for automatically granting such status to all Eritrean deserters.

“The ruling stands as further proof that the state’s [standards for granting refugee status] are wrongful and twisted,” said MK Michal Rozin (Meretz) following the ruling, adding that “while we are fighting against the deportation, we received unequivocal proof the government is trying to deport [the migrants] in violation of the international [refugee] treaties is has signed. Israel should immediately freeze all [deportation procedures] and recheck the Eritrean asylum requests it has previously rejected.”

In response to the ruling, Yonatan Jakubowicz of the Israeli Immigration Policy Center told Tazpit Press Service (TPS), “While every Asylum request must be reviewed on a personal basis, the majority of evaders from national service in Eritrea are not refugees by the Geneva Convention standards. According to multiple reports and sources, a great portion can return to Eritrea with no fear of reprisal if done so from their own volition, and after paying a 2% tax on their earnings while abroad.”