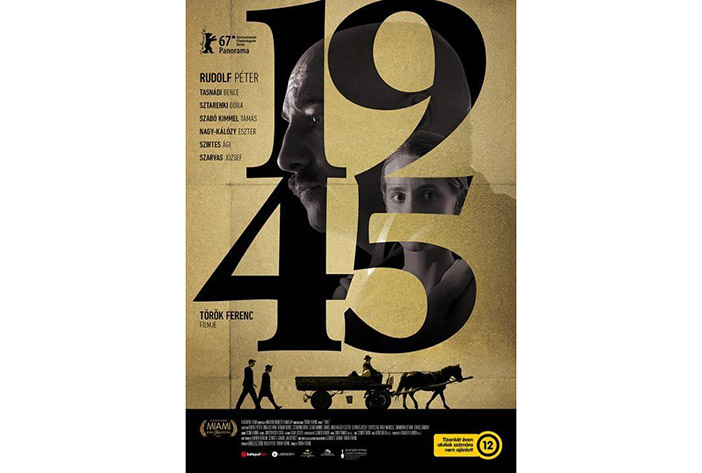 Many Hungarians ‘Confronting Past for the First Time’ 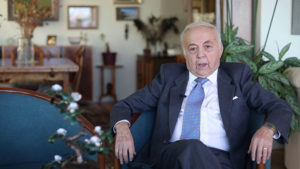 Jehuda Evron, a Holocaust survivor from Romania, said of ‘1945’: “Many people do not know about the injustices that Jews faced after the Holocaust. Millions of Jews were murdered during the Holocaust; now their families are [still] trying to recover what belongs to them.”

The World Jewish Restitution Organization proudly announced that the critically acclaimed film “1945” and its director Ferenc Török will receive the first annual WJRO Justice Award for raising awareness about property confiscated from Jews during the Holocaust and for ensuring that history is not forgotten.

The announcement comes as countries around the globe and the United Nations mark International Holocaust Remembrance Day on January 27, a day that honors the memory of the millions of victims of the Nazi regime.

WJRO leaders will present Török this spring with the inaugural prize: a shofar, a Jewish symbol of justice.

The disquieting black-and-white film “1945” grapples with the issue of Jewish property stolen during and after World War II, in this case, in a village in postwar Hungary. The return of two Jewish men to the rural town creates turmoil, as members of the community try to come to terms with the recent horrors they have experienced, perpetrated or just tolerated for personal gain. 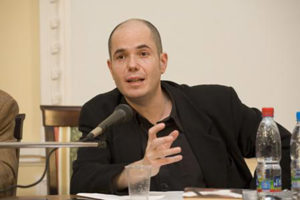 The fictional drama “1945” is an adaptation of a short story by Gábor T. Szántó (pictured above)

An adaptation of a short story by Gábor T. Szántó, the fictional drama focuses on a “period in Hungarian history that is not overly represented either in literature or in film,” Török said, adding that the piece addresses a difficult subject: “The crimes of those who stole property from Jews both during and after the Holocaust.”

“It was important for us to share this message, particularly with Hungarian viewers who are confronting the past for the first time,” the director also said. “I am most honored to receive this award from WJRO.”

Although the narrative depicted in the film is fictional, the challenges of European property restitution are quite real, said Gideon Taylor, chair of operations for WJRO, which actively pursues property restitution in Central and Eastern Europe. “Even at this late date, former Jewish property across Europe has not been fully restored to rightful owners and their families,” Taylor said. “The film ‘1945’ brings a powerful story before the public.” 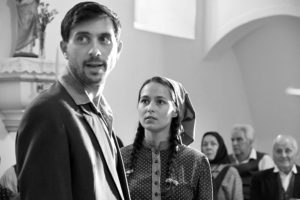 Jehuda Evron, a Holocaust survivor from Romania, said of ‘1945’: “Many people do not know about the injustices that Jews faced after the Holocaust. Millions of Jews were murdered during the Holocaust; now their families are [still] trying to recover what belongs to them.”

Taylor added: “While Holocaust restitution cannot compensate survivors for what was lost, it provides symbolic justice, corrects the historical record, and can enable Nazi victims to live out their lives with a measure of dignity.”

The WJRO Justice Award recognizes individuals and organizations that have made significant contributions to the fight for justice for Holocaust survivors and their families. Honorees also must have demonstrated compassion, perseverance and courage in promoting the dignity and well-being of Holocaust survivors worldwide and in preserving the memory of the Shoah.

The film received partial funding from the Conference of Jewish Material Claims Against Germany, a member-organization of WJRO.

The film opened in Hungary and the United States in 2017.